I recently realized that I haven’t really explained this concept of “Flawless Friday” and should probably do that. 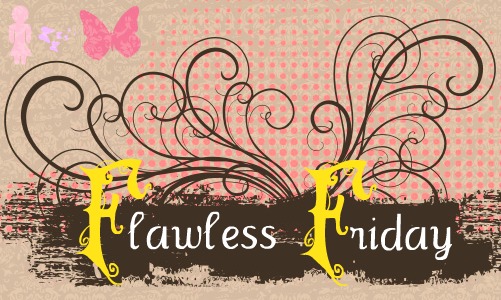 “Flawless” stems mostly from the idea of this blog, becoming secure in my identity in Christ and seeing myself the way the Bridegroom sees his Bride, flawless and beautiful.

It’s a series that started after seeing that other bloggers had “theme days” of sorts, where they talk about specific things on specific days.

It’s sort of a day for me to vent or talk about things like insecurity or what I’ve been realizing about myself, or things like that.

I don’t post every Friday, but have a look at Flawless Friday posts and see what I’ve talked about so far!